Yesterday was one year anniversary of the Joplin tornado.

As I was reflecting on the past year, several things stood out to me.

The first was the level of grief.  I remember in the days following May 22, 2011 the heaviness in the air.  The grief was absolutely palpable.

The second was the flood of help that poured in, and the humility we felt as a community being on the receiving end of that.

The third is the ongoing feeling of pride I have in our community.  Joplin has become a city of neighbors. A community of friends.  An unlikely family, brought together by shared grief – shared healing and a shared purpose.

We were honored yesterday to photograph the “Morning Has Broken” memorial service put on by Freeman Hospital.  This was the hospital not destroyed by the tornado – the hospital that was overwhelmed not only by the flood of patients with injuries from the storm, but the patients from St. Johns – the hospital itself injured. 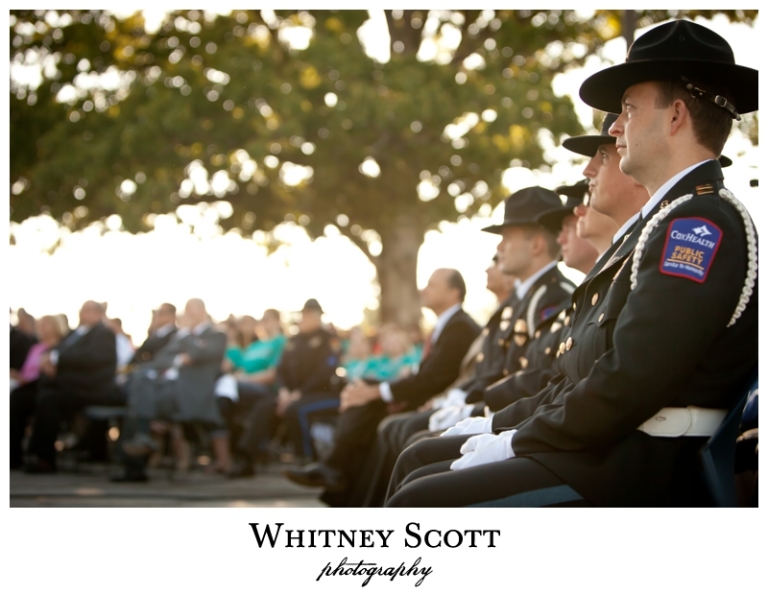 Freeman did a beautiful job of not only paying tribute to those whose lives were lost, but to the heroism of all who came together to help. 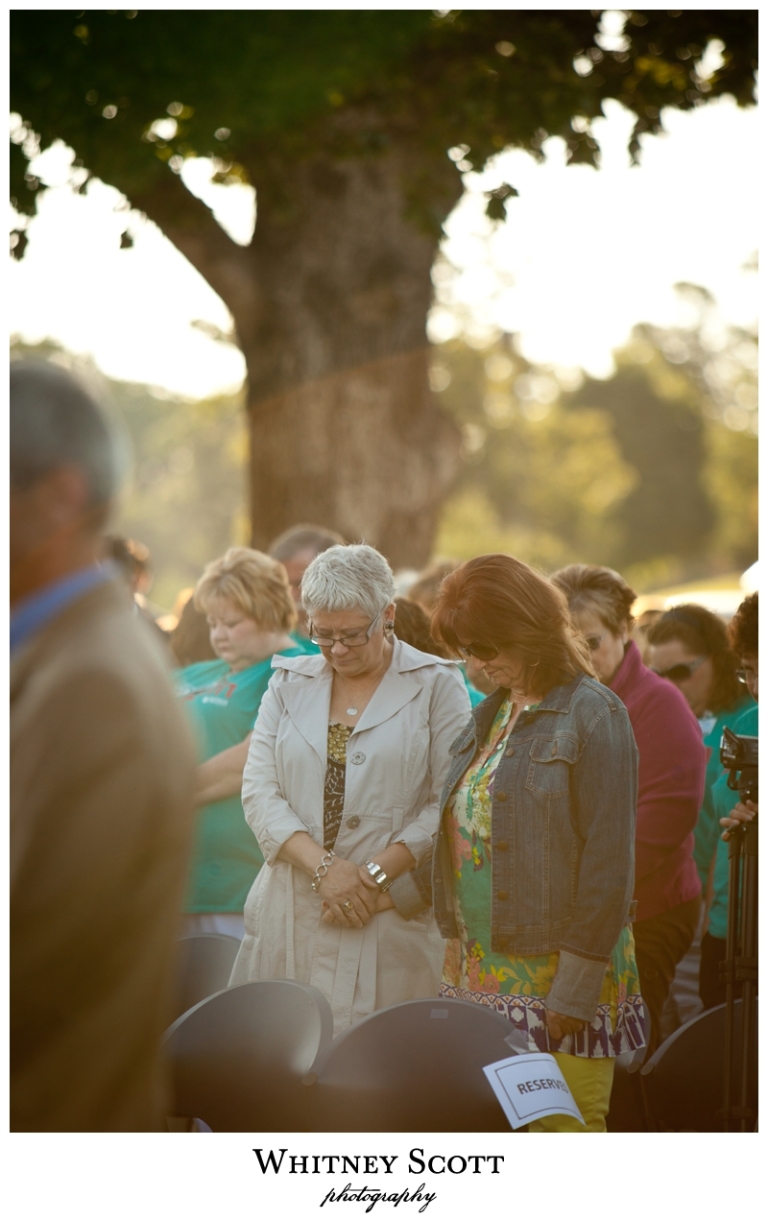 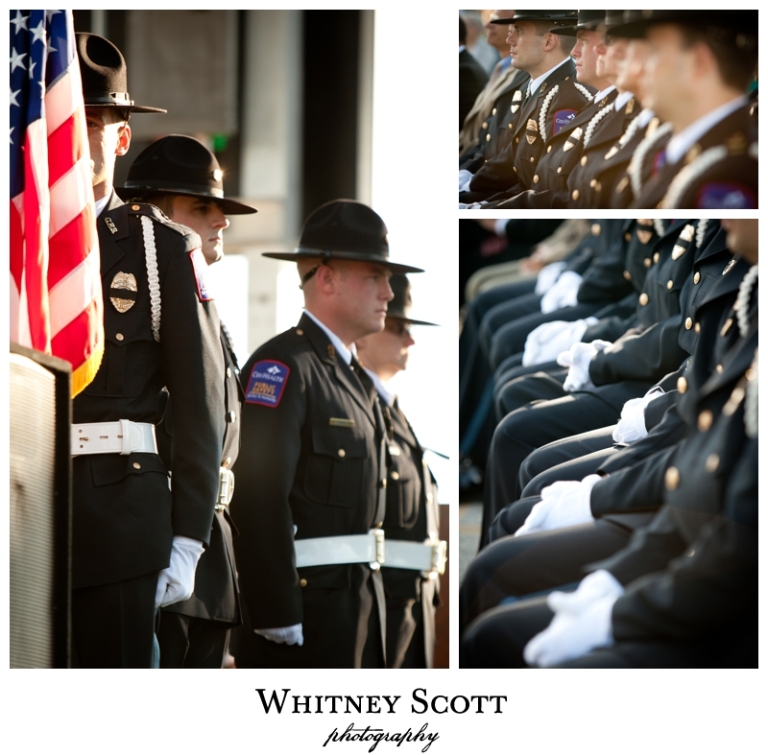 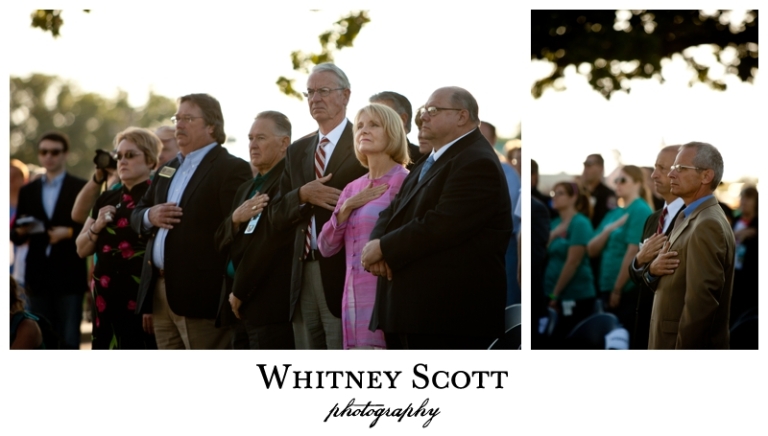 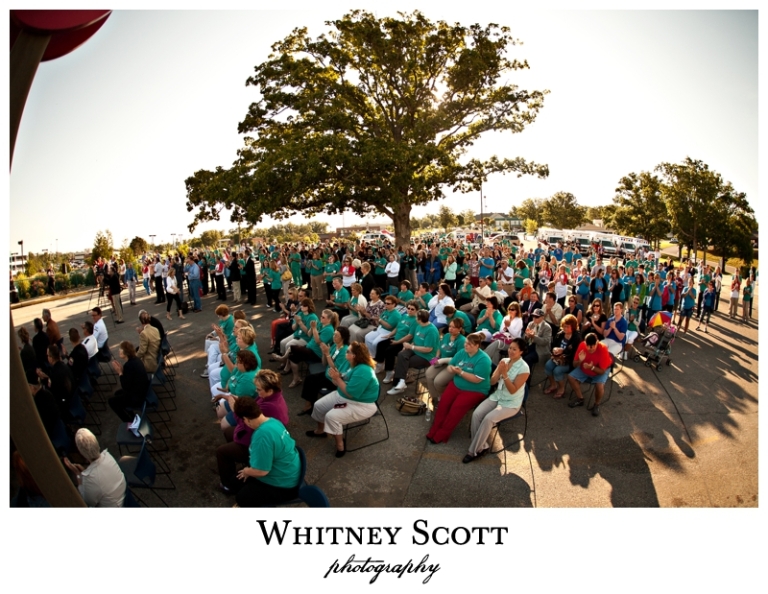 There were victims of the storm there and those grieving people they had lost.  One mother took the stage to tell the story of searching for her son – believing he was dead for six hours before finding him in a hospital – unrecognizable. 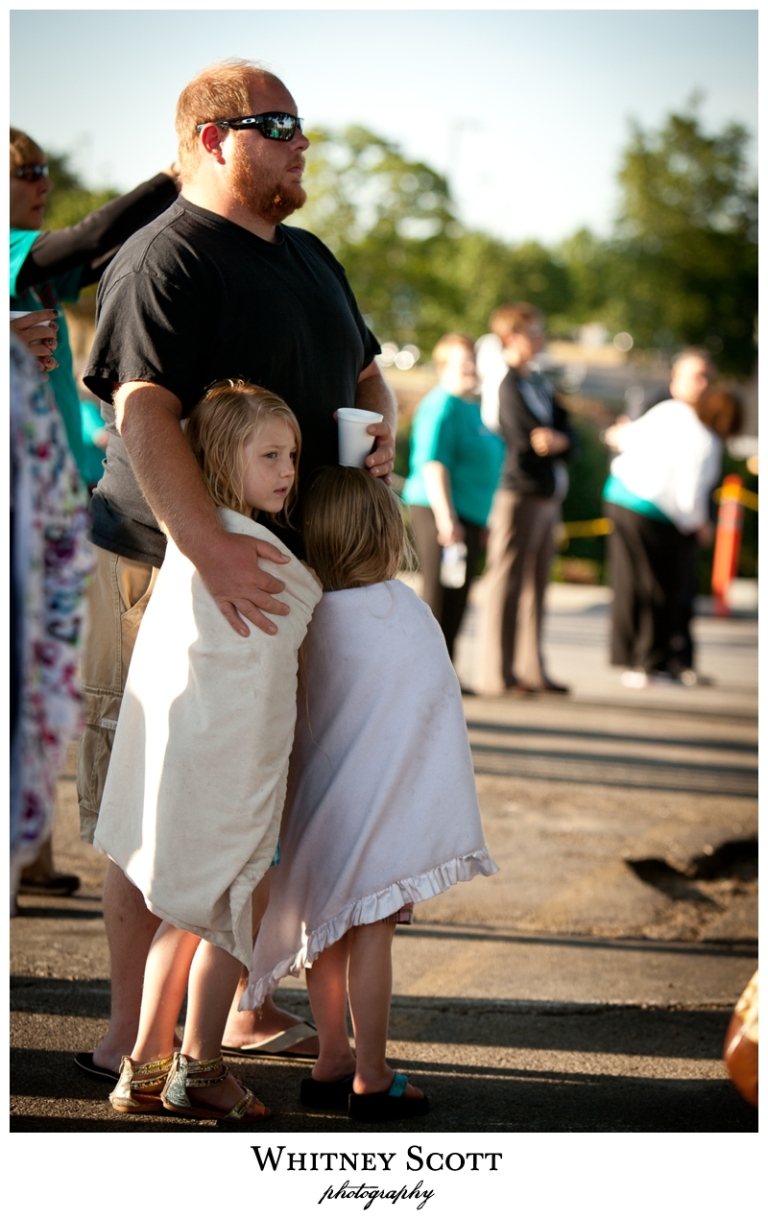 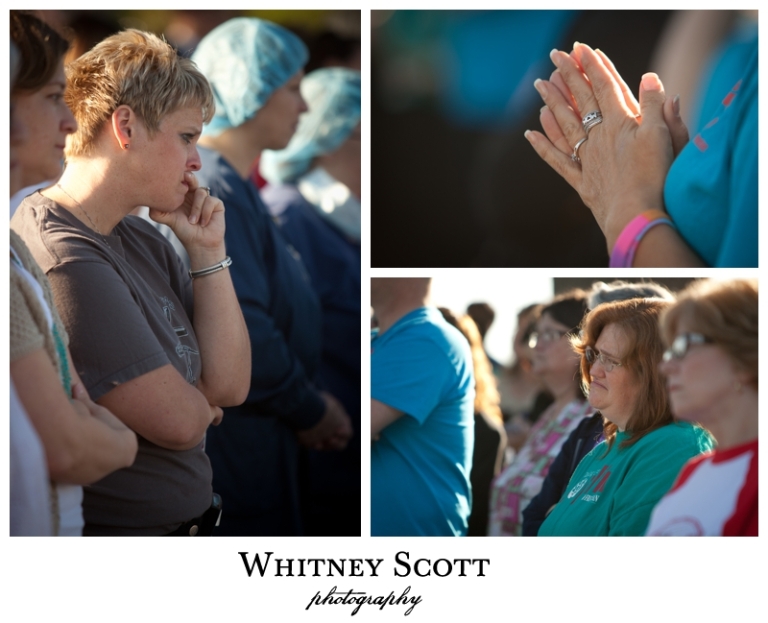 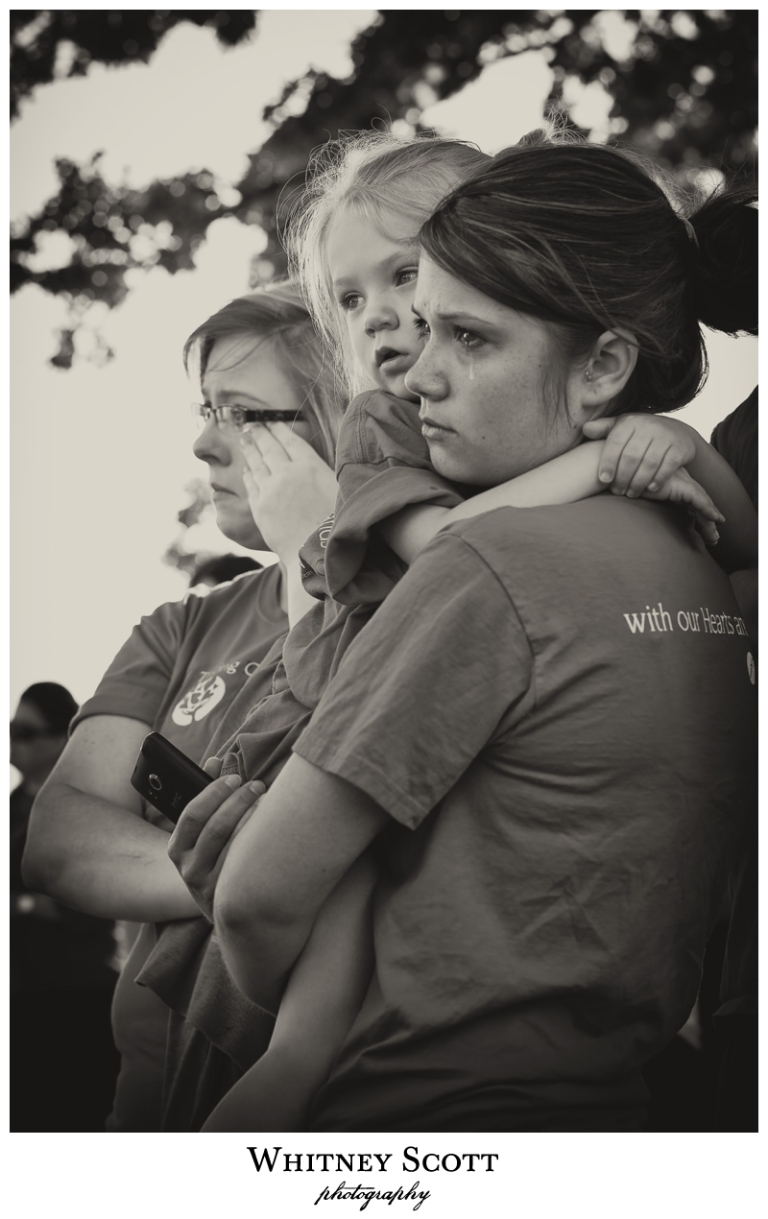 What was incredibly moving to me was seeing the uniforms – from the white coats of doctors, to the blue shirts of EMT’s, security personnel, nurses in their scrubs down to the coverings on their shoes, policemen, military and an absolute sea of volunteers in teal t-shirts.  As I watched their faces I wondered what they were re-living from a year ago.  I wondered if they just kept on working through this challenging year, or if they had taken the time to heal themselves. 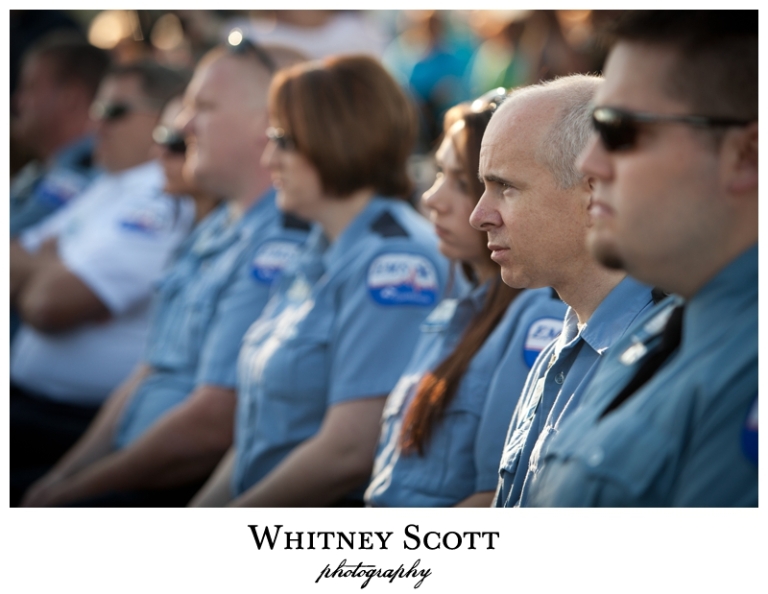 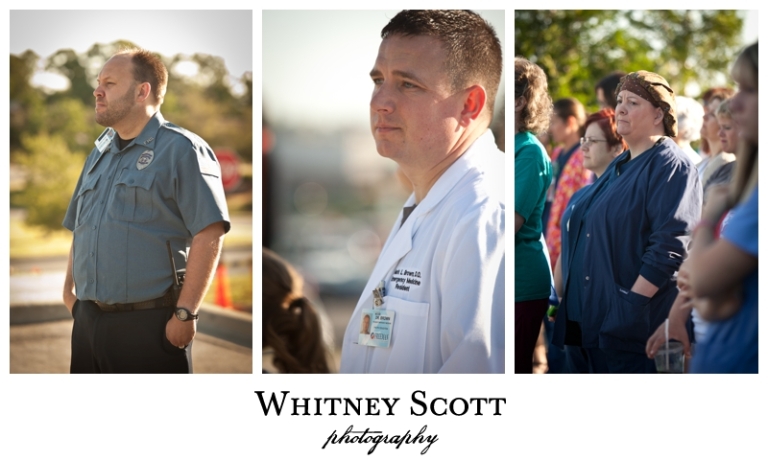 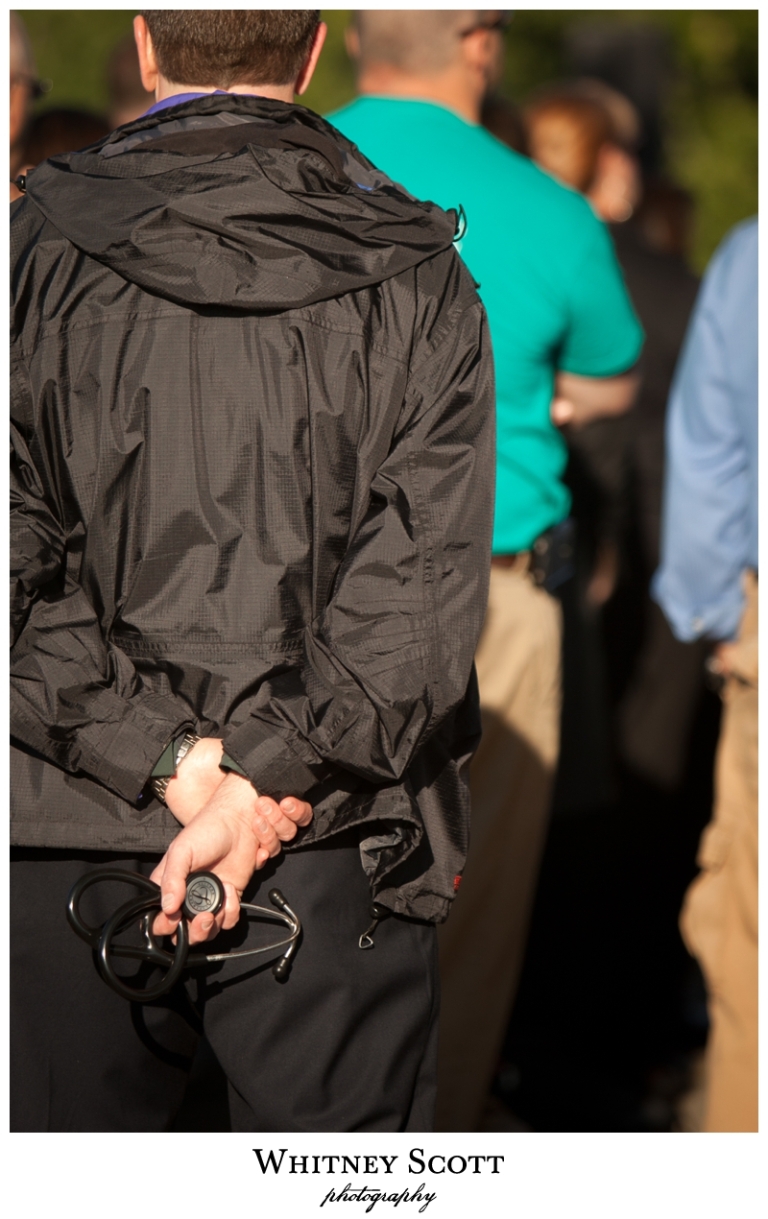 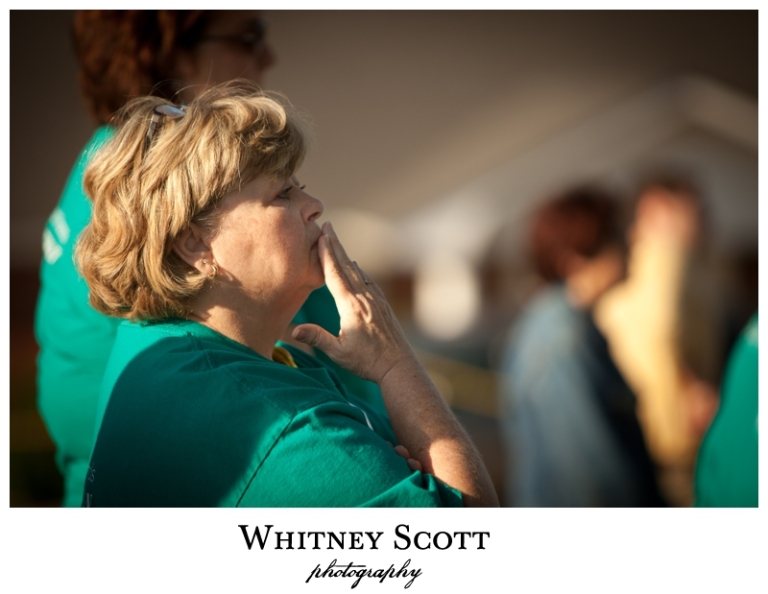 The governor spoke, and was given a special award from Freeman for his incredible support this year.  He stayed through to the very end, shaking hands, hearing stories and posing for pictures with folks.  I even saw him pose for a shot with Flat Stanley.  Some kid is going to be really proud of that. : ) 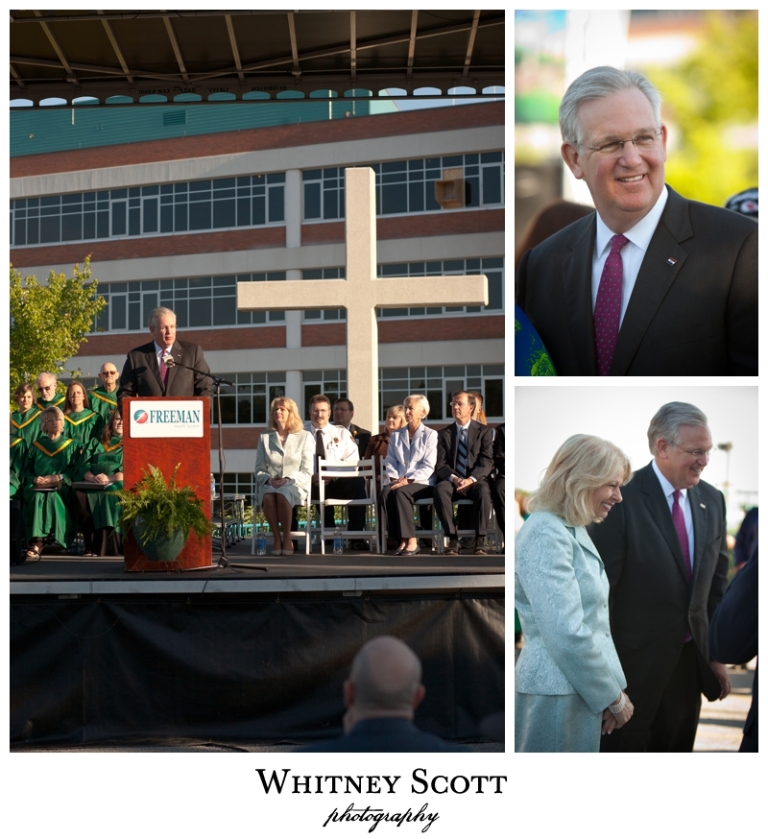 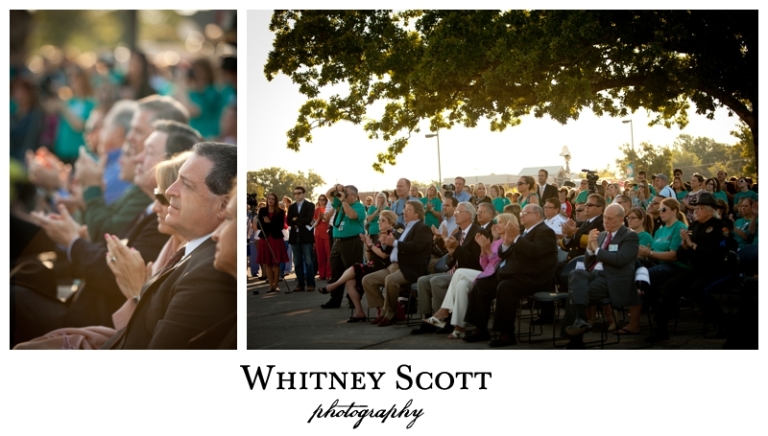 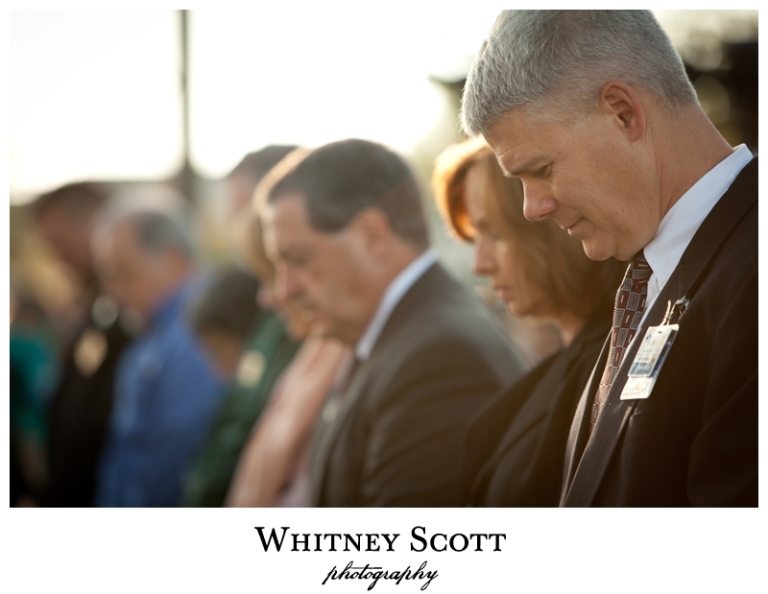 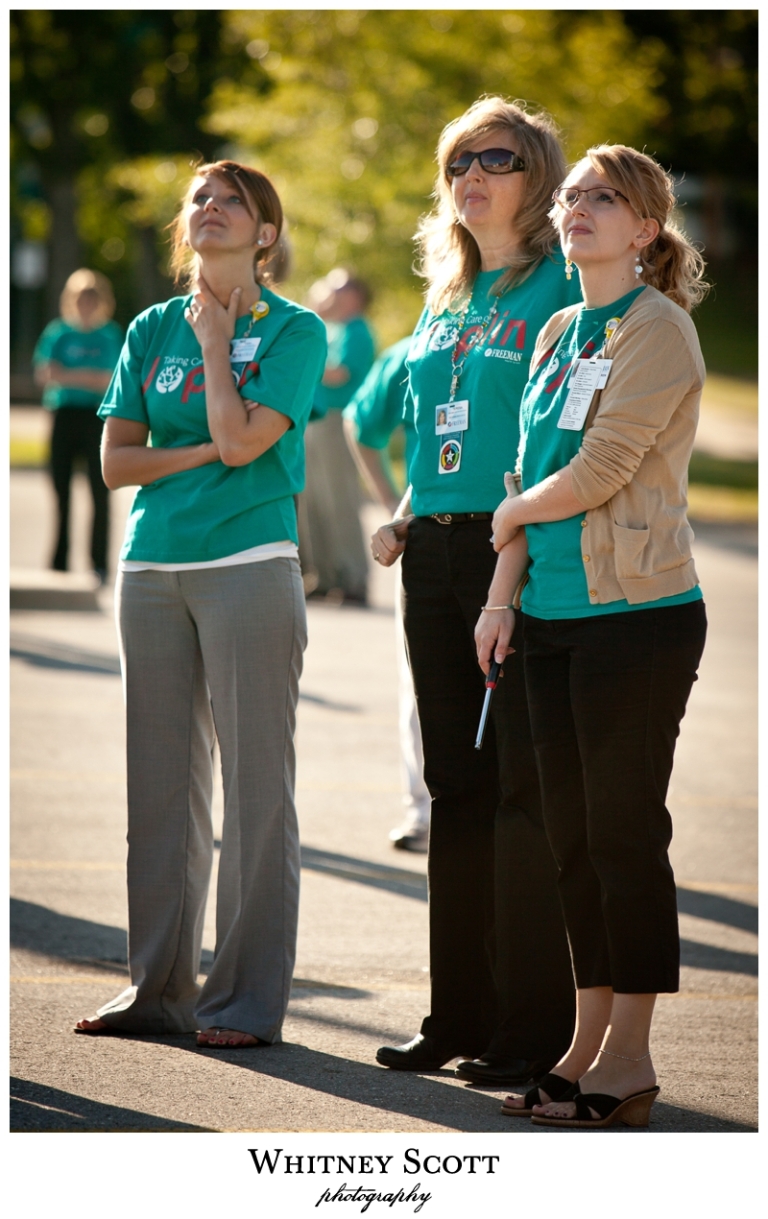 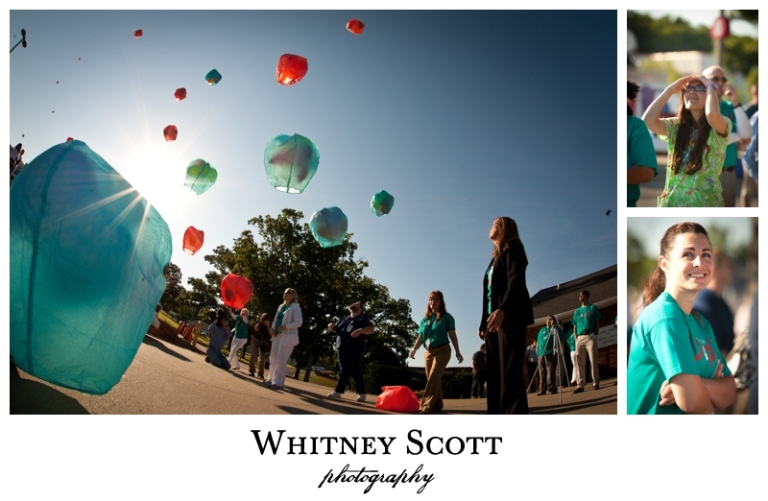 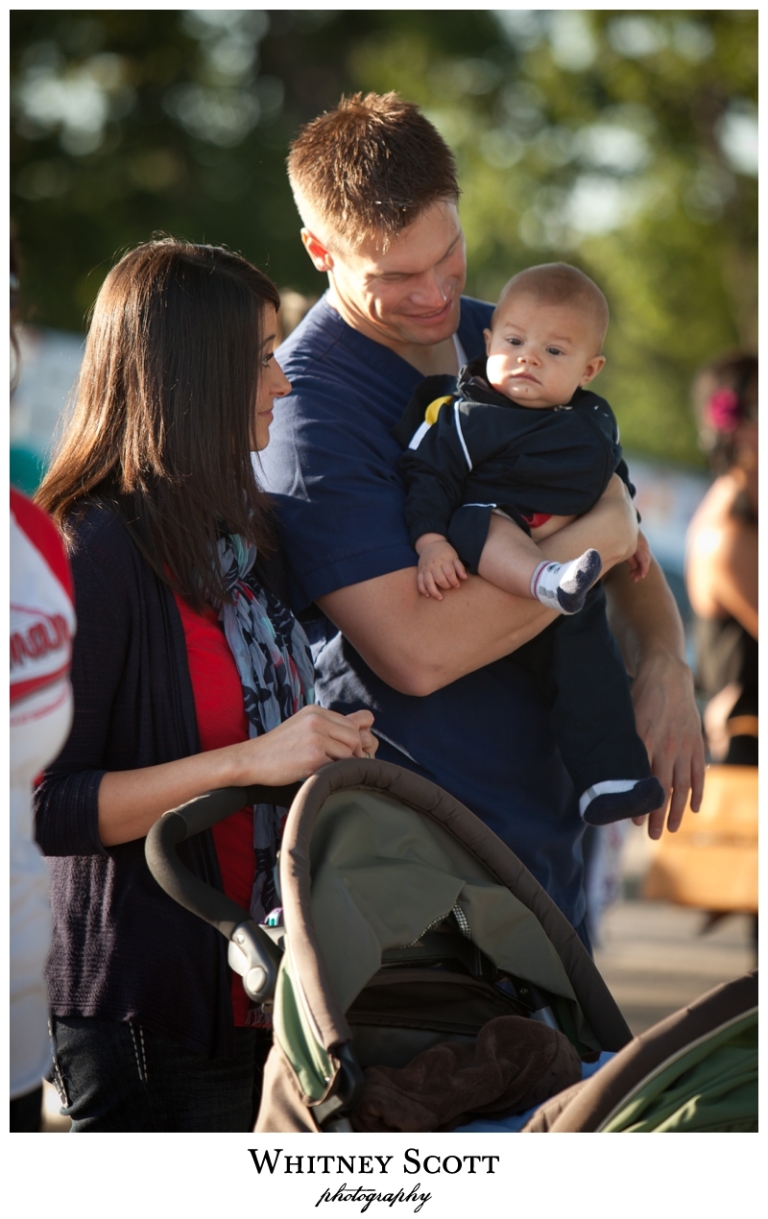 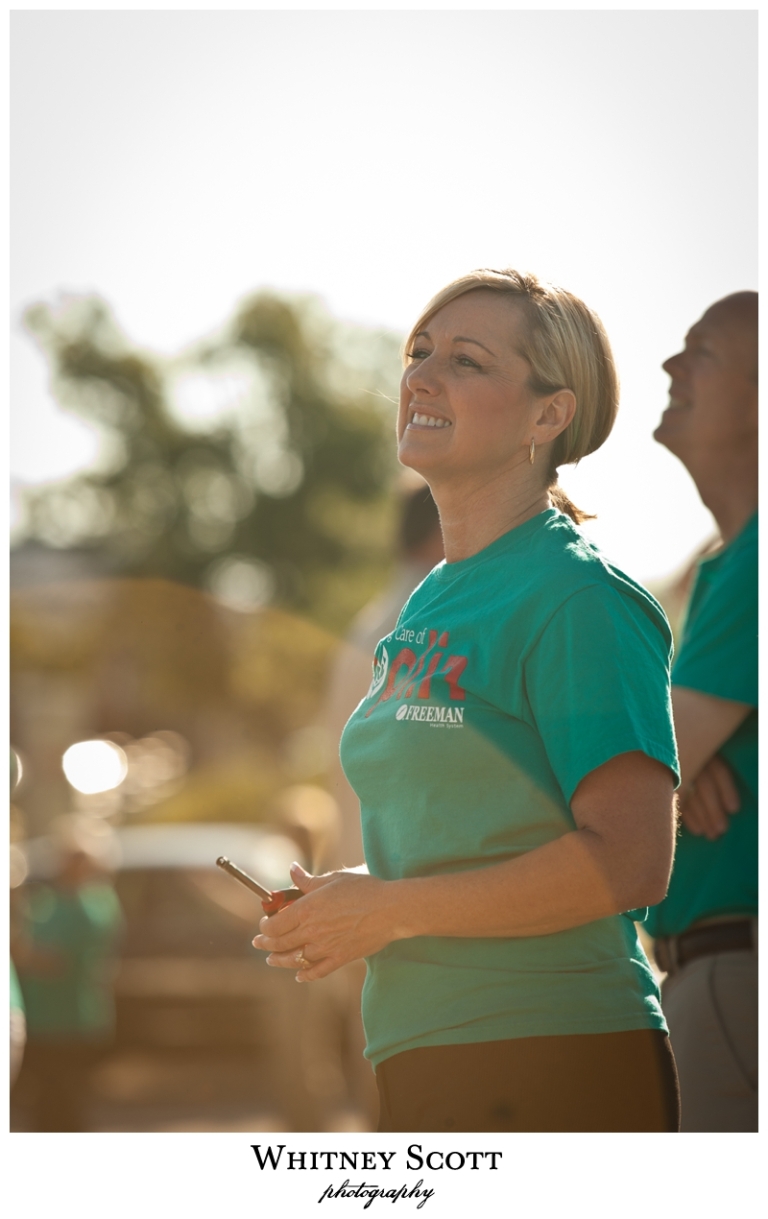 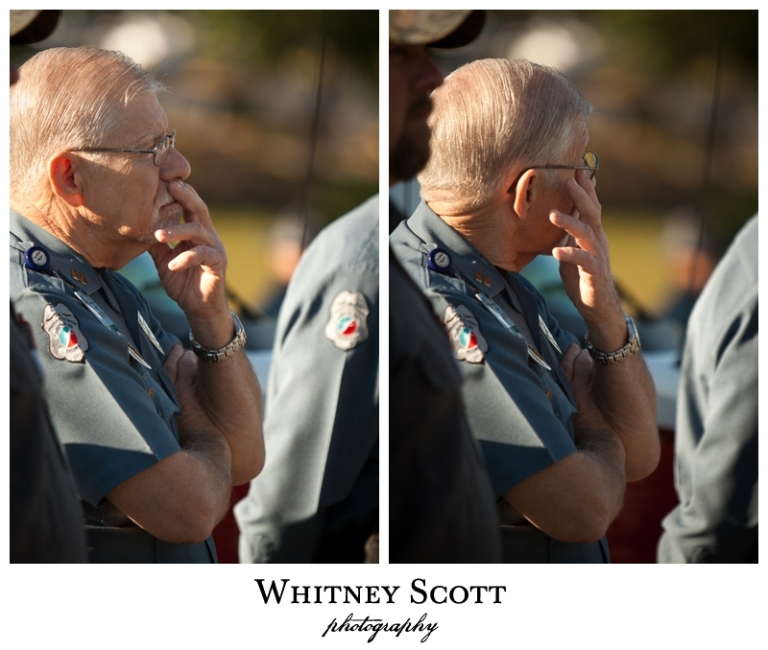 Near the end lanterns were launched for different groups of people affected by the storm:  medical personnel and volunteers, children, victims, media.  Almost everyone was included somewhere – and watching all those lanterns floating by themselves in the sky, but part of a larger group, you could feel the unity – you could feel the sense of celebration in knowing that this thing didn’t beat us.

For all the heads that were bowed in prayer; for all the eyes bright with tears – there were eyes lifted to the sky.  There were faces smiling.  There was joy.  There was resilience.  You could feel it in the air. 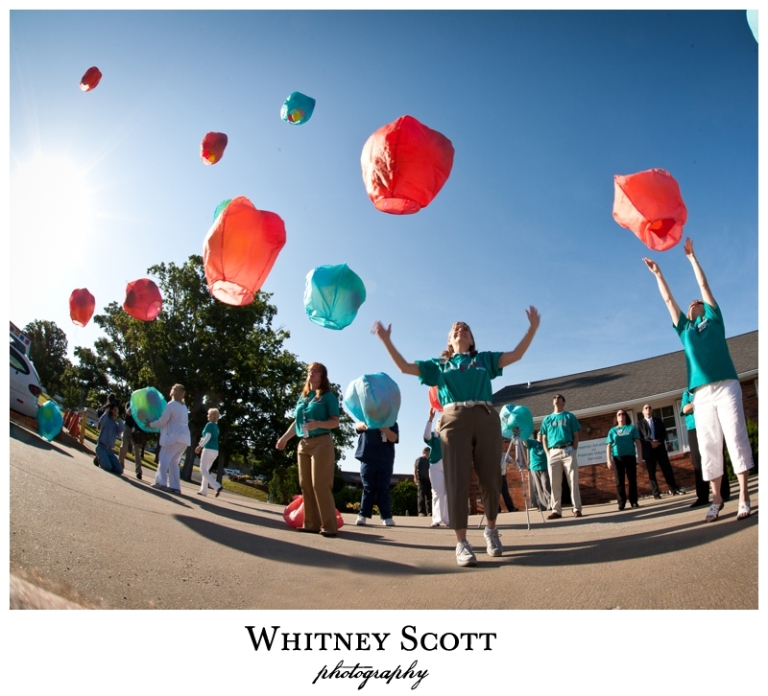